Meet the members of TIEMS Board of Directors

Terms of Reference (TOR) for TIEMS Board Members, Officers and Secretariat.

K. Harald Drager is TIEMS President.
He is one of the founders of TIEMS. Since 2002 he is the President of TIEMS and has contributed significantly to the development of the society.
He is the Managing Director of QUASAR Invest AS in Norway, a consultancy in global safety, emergency and disaster management. He has a Master’s degree in control engineering from the Norwegian Technical University in 1967 and a Master’s degree from Purdue University in USA in industrial engineering in 1973. His specializations are international organizational development, emergency, disaster and risk management, and project management. He has done consultancy work for numerous clients internationally, amongst others the World Bank/International Finance Corporation, NATO and the European Commission. He has been project manager of several international research and development projects for methods and software development in risk, emergency and disaster management. He was employed by Det norske Veritas, in 1967 and a member of the Board of Directors of the company for 5 years until he left the company in 1983 and founded his own consultancy. He took the initiative to establish TIEMS, and was the International Vice President of TIEMS since its inauguration in 1994 until 2002, when he took over as TIEMS President. He has published numerous papers internationally on emergency, risk and disaster management.
He was TIEMS representative in the EU funded NARTUS project with the responsibility for consensus building and establishing the PSC Europe Forum, an all stakeholder forum for public safety communication. PSC Europe Forum is a self governed organization after it was launched at the end of the NARTUS project in 2009, and arranges two assembly conferences each year and is a leading global advocate for standardization and research initiatives in public safety communication. He was/is a member of the advisory board/user boards of the EU projects; ACRIMAS, OPTI-ALERT, CRISMA, ARCHIMEDES, EDEN, TAWARA_RTM, PHAROS, RESCUER, TARGET and DRIVER. He was a European Commission appointed evaluator for the EU Security Calls for FP7 2013, and the Horizon 2020 Call for Secure Societies in 2014. He is TIEMS Project leader in the EU ASSET Project (Action plan on Science in Society related issues in Epidemics and Total pandemics), a four year project which started in 2014, and TIEMS Project leader in the EU HERACLES Project (HEritage Resilience Against CLimate Events on Site), a 3 year project which started in 2016.
He was given the 2011 Certificate of Appreciation by IAEM (International Association of Emergency Managers), with the following words of appreciation, “It is rare that IAEM recognizes someone who is not a member of IAEM; but Mr. Drager, through his leadership of our partner organization, TIEMS, has served our profession with distinct thinking globally and acting locally to create a society of academics within our profession. This has been a commitment of over a decade of dedicated service by a committed individual that IAEM recognizes as a service to our profession”.
He was appointed Professor Chair for 4 years in 2014 at King Abdul Aziz University in Jeddah, Saudi Arabia. He was also appointed Visiting Professor at North Western University in Xian in China in 2016 for 2 years.
To Top 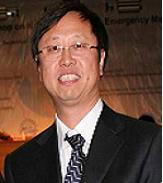 Guosheng Qu  is TIEMS Vice President.
He is Dr. and Professor of Earth Sciences,  and he is Deputy Director and Chief Engineer of National Earthquake Response Support Service (NERSS), China Earthquake Administration (CEA).

He is an expert of China International Search and Rescue Team (CISAR), Disaster Mitigation Group of IAP and Comprehensive Disaster Research Group supervised by Ministry of S & T.

He is a Standing Committee Member, Special Committee for Risk Analysis and Crisis Management under China Association for Disaster Prevention (CADP). He is a Voting Member of Society of Petroleum Geology of China.

He has published numerous papers, near 100 domestic of China and internationally on structural geology, seismic risk assessment, earthquake disaster emergency responses. He has got more than 10 times of honors and awards in domestic of China.

He is married and has one daughter, and enjoys field works in mountain areas and play badminton. 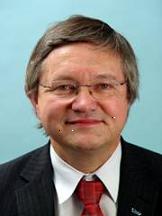 Jaroslav Pejcoch is TIEMS Secretary and Chair of TIEMS Advisory Board.
He is the President and co-founder of T-SOFT Company (Crisis management, Interoperability, Security ). Before T-SOFT he worked at the Electronic Research institute Tesla VÚST as Director of IT Division.

From 1975 he is teaching at Czech Technical University – Faculty of electronic.

His publication activities are in areas of computer graphics, computer user interfaces, information and communication technologies, information logistic and systems for protection of citizens and environment, interoperability of systems, crisis management, critical infrastructure protection.
He is married, have 4 children and is living in Prague and Telc .His hobbies are music (active piano player), mountaineering and photography. 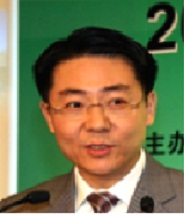 He has a Ph.D of management from China Academy of Sciences (CAS), a MBA from Peking University and a BE of Electrical Engineering & a BS of Applied Mathematics from Tsinghua University.
He has working experiences in IT industry for more than 16 years. He has worked for well-known IT companies such as  IBM, Lenovo, and Micron Technology Inc (MTI) etc.  His main areas of study focus has been on the government emergency management ICT systems, healthcare information technology (HIT), and datasharing and information integration of the eGovernment systems. Since 2003, he has published more than 20 articles in Emergency Management in China and overseas publications.
As the founder and President of Beijing Harmony Technologies Company (HARMONY), he developed the first domestic counter-SARS Government Emergency Management Information System (GEMIS) in China and successfully applied it to fight against SARS in Beijing early 2003.

He is  a senior member of HIMSS, and OASIS EMTC. He is one of the committee members working on the Emergency Management ICT(EMICT) standard for China and believes that the EMICT industry has been promptly emerging in China and the whole world, and find this very challenging. 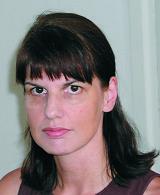 Snjezana Knezic is TIEMS Director for Chapters and Membership.

She is full time professor at Faculty of Civil Engineering and Architecture at University of Split.

She lives in Split, Croatia with her family.
To Top

Lieutenant-colonel Jean-Paul Monet is a senior fire officer employed by Bouches-du-Rhône fire brigade, France (www.sdis13.fr). Head of a fire district gathering 13 stations, 1000 firemen (200 full time; 800 part time), and defending 250.000 inhabitants, this assistant chief officer is departmental and regional CBRNe advisor of French civil protection.
Detaining a master degree of pharmacy, this 52 years old officer has been working in industrial hazard risk assessment, CBRNe and IT emergency planning fields for 28 years. He has been responsible for many incident commands, from forest fires to industrial accidents, including mass medical emergencies.
He served four years in this school, and nowadays he’s still associate teacher of French national fire officers’ academy since 1990.
After being EU expert evaluator for FP7 security calls from 2008 to 2011, he took part to several FP7 group as end user and CBRNe expert: Decotesc1, Acrimas, Eden, Cato, Darius, Archimedes… He’s been involved in robotic tools innovation development groups for many years.
His publications and conferences in the pre-cited domains are witnessing of his willingness to implement efficiently R&D and innovation for civil protection stakeholders, and to share security knowledge worldwide.
To Top

Ramil "Mel" Cabodil is the Country Manager of Technology Support Services in IBM Philippines. He leads the business unit that provides proactive and predictive support services to various IBM Clients in the country. He was the Consulting Practice Leader of IBM-Global Technology Services in ASEAN. He was responsible for the development of Infrastructure Consulting Business in the region, leading a group of Associate Partners for Systems Services, Resiliency, Hybrid Cloud and Network Services. He has over 25 years of experience working with reputable and dynamic multi-national information technology companies. He has been a technical professional on his early years in the IT industry, working on hardware, software, systems development, maintenance and management. His experience and competency led him to various management roles in consulting, sales, pre-sales, project delivery and general business management. 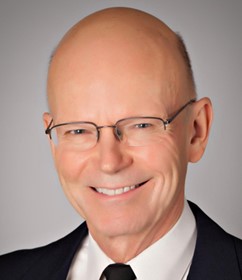 He directs North America operations of TIEMS, where he founded the TIEMS USA local chapter. He participated for TIEMS in the European Union Programs ASSET, which developed improved, participatory approaches to pandemic response, and HERACLES, which developed systems and processes to protect cultural heritage sites from the effects of climate change. He has published and presented numerous papers on risk communication during emergencies, disaster risk reduction, virtual simulation in emergency management, pandemic response, climate change resilience, AI implications for emergency management, and applications of advanced technologies in the US, France, Italy, China, Japan, Belgium, Greece, Ukraine, Saudi Arabia, the Philippines, Northern Cyprus, and Korea. He has been visiting faculty at Écoles des Mines d’Ales Master’s program in Disaster Management and Environmental Impact Studies, and he currently serves as an Expert in Small and Medium Enterprises for the European Innovation Council. He is a Senior Life Member of the Institute of Electrical and Electronic Engineers.

He is Founder and Principal at Thinking Teams, an international consultancy specializing in harmonizing human and machine intelligence. As a researcher/engineer, he has developed innovations in biological system modeling, pattern recognition, and computer vision, and he is fluent in current deep learning technologies. His practical organizational experience includes leading research labs and aerospace organizations as Chief Scientist, Program Manager, and VP/General Manager. He has also consulted to organizations both inside and outside the technical sector, using his Organizational Alignment Model.

He earned BS, MS, and Ph.D. degrees in Electrical Engineering from Purdue University, where he did research in bioengineering, communications, artificial intelligence, and remote sensing. He was Member of the Technical Staff at Bell Laboratories, Director of the Advanced Information Sciences Division at The Analytical Sciences Corporation, Director of Engineering and Chief Scientist of Lockheed Martin Advanced Simulation Center, and Vice President and General Manager of Atlantic Aerospace Electronics Corporation. In these positions he performed and managed research and development in telecommunications, signal and image processing, advanced computing, artificial intelligence, computer graphics, and simulation. 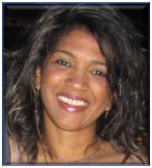 Dr Desiree Beekharry is the Utilisation Program Manager for the Bushfire and Natural Hazards CRC. The CRC’s mission is to ensure the Australian communities’ resilience to natural hazards. Dr Desiree Beekharry’s remit is to ensure that the high level research which are conducted in consultation with the emergency services sector are fit-for-purpose and are adopted by the various emergency services agencies. Dr Beekharry currently manages a research workforce across Australia and New Zealand of over 60 projects.

She comes from a long event, project and program management career in several countries including UK, USA, France, Germany, Spain and Switzerland. Her 2 professional passions are Project Management and Disaster Management – especially Risk in Disaster Management. Dr Beekharry is also a tutor and supervisor for the Master of Project Management Program at the University of South Australia and Torrens University. She is a qualified and experienced ESOL and French teacher, Conflict Negotiations trainer and facilitator.

Roman Tandlich, has been working in the field of emergency and disaater management since 2011. With background in biotechnology, Dr. Tandlich got involved in the development of low-cost and decentralised sanitation technologies. During the rollout of one such technology, policy and technical skills shortages at local government level. This resulted in the shift of focus of Dr. Tandlich's research towards disaster management approaches towards shift action to address water, sanitation and hygiene challenges in developing countries. This has led to the development of new teaching and research tools to deal with public health, disaster risk reduction and Development.

Roman is originally from Slovakia where he completed his education up to Masters level. This occurred in 1998 and his background was originally in Biotechnology. He then continued on to complete his PhD in Pharmaceutical Sciences at North Dakota State University in Fargo, USA. After two postdoctoral fellowships, Roman joined the Faculty of Pharmacy at Rhodes University in South Africa in 2008. He has been with the same department since then and has recently been promoted there to the rank of Associate Professor. He has expertise in public health, water and sanitation and Disaster ethics